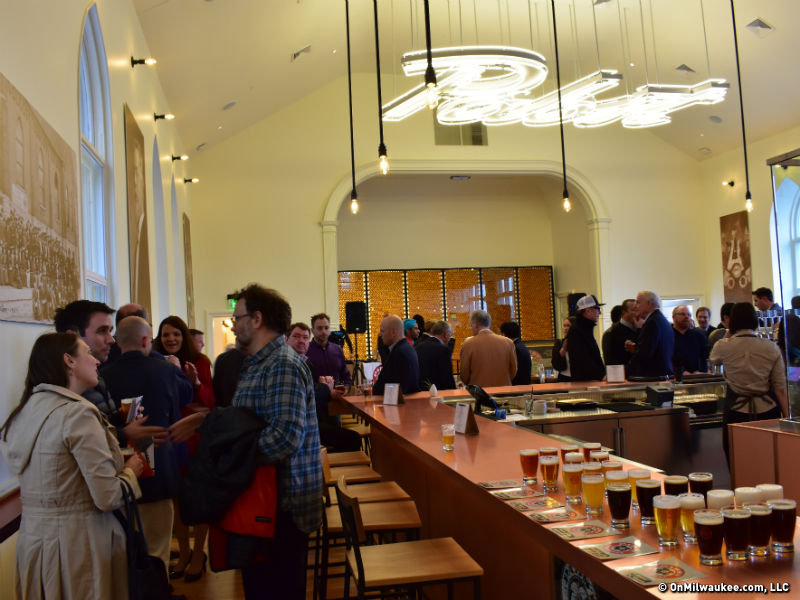 A little more than two decades ago, Pabst Brewing Company closed its Milwaukee operations, ending in 1996 a 152-year-old relationship with the city that had grown less mutually beneficial since the days when being the nation’s beer capital carried significant economic weight.

But on Wednesday, Pabst officially reopened its historic Milwaukee brewery, celebrating the event with a firkin keg tapping, blue ribbon-cutting ceremony and dinner party that involved some of the most influential figures in both the city and the company, who announced the occasion in terms of great consequence. Mayor Tom Barrett, County Executive Chris Abele, Pabst chairman Eugene Kashper and CEO Simon Thorpe spoke sentimentally and optimistically about what the company’s comeback could mean for Milwaukee, which has seen plenty of craft breweries pop up in recent years – though none with Pabst’s brand import or local association – and is experiencing something of a Downtown revitalization.

READ MORE IN THE LINK BELOW

!GIVEAWAY! The battle of the bays is this weekend

They say the perfect 4 pack doesn’t exist... we

Thank you to everyone who contributed to our fundr

Who says January has to be dry? @heineken has made

Pop off the new year with the champagne of beers @

Making sure he knows we’ve been extra good this

The Holidays are here and when in doubt the best g

✨ GIVEAWAY✨ Sports are the gifts that keep on